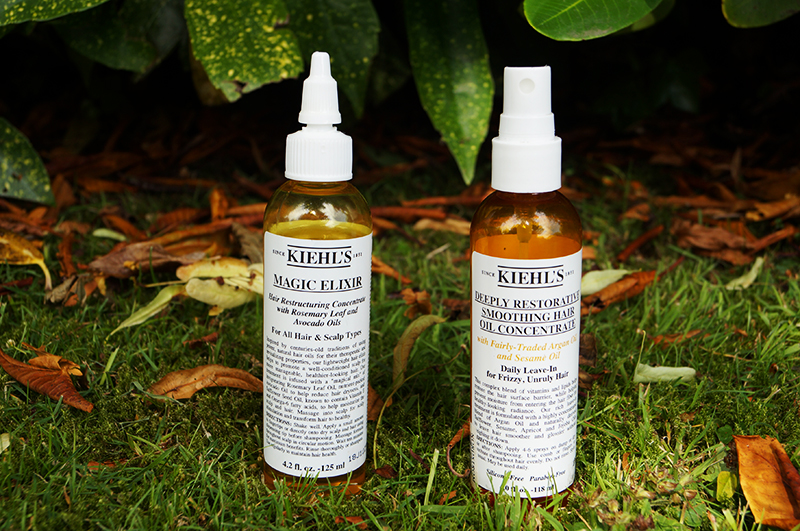 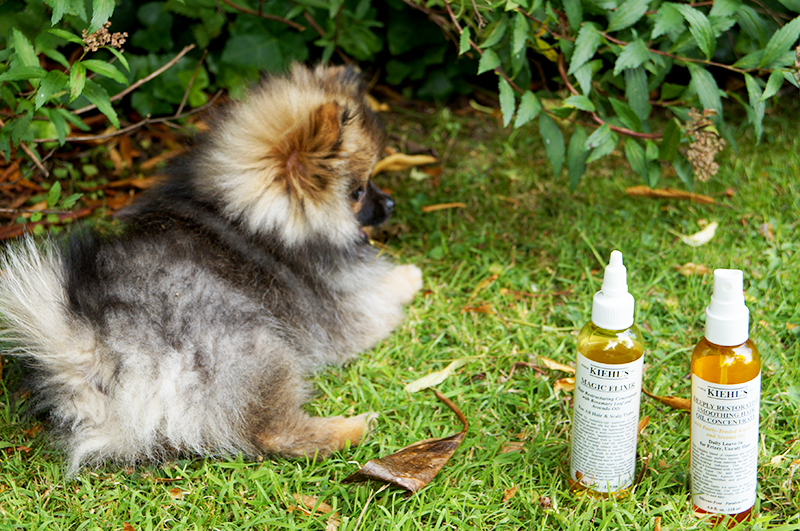 I first came across Kiehl’s in New York and felt tempted to buy out their entire range. Anything that’s packed full of natural ingredients always jumps out to me as the less chemicals I put on my hair, the better.  I took away these two products armed with tons of free samples to try and consequently fell head over heels in love with the brand.

Although the packaging isn’t something which particularly jumps out at you, the labels are incredibly informative and save you doing your research. Founded as an “old world apothecary” over 150 years ago, Kiehl’s developed into a homeopathic pharmacy in East Village, New York.  I love a brand with history. With its roots in homeopathy, Kiehl’s draws inspirations from “centuries-old traditions”. There’s something about these products which has a magical, old world feel, and they definitely do what the label says.

First, the “Magic Elixir” really is magic in a bottle. The product takes you back to traditional remedies of using natural oils to reinvigorate the scalp. Packed full of ingredients known for their powerful qualities, such as Rosemary Leaf and Avocado Oils, the Elixir is incredibly effective in making hair shinier and healthier. The nozzle makes it incredible simple to apply. I cover my scalp with the Elixir and massage it in thoroughly to get the full effect of its moisturising properties. It distributes easily, and once my hair is covered, I put it under a shower cap for 15 minutes before shampooing. I have yet to leave it on over night as 15 minutes so far has been enough to get amazing results. The product is described as “light-weight”, however in my experience, I do need a fair amount to cover my hair due to its length and so it does feel quite heavy. No residue is left after shampooing so the heaviness of the treatment isn’t a problem and is what I’d like from an intensive product.

At first, I was hesitant about purchasing the ‘Deeply Restorative Smoothing Hair Oil Concentrate’ as I was already more than content with my ‘Moroccan Oil Glimmer Shine Spray’. The hair oil does something quite similar to it but is much more intensive and effective. The oil is described as a blend of vitamins and lipids which act as a barrier to prevent moisture entering the hair fibre. It’s particularly effective on frizzy hair, for anyone with frizz or breakage from bleaching, this will work magic. I have a few frizzy, snapped off sections of hair after leaving bleach on for too long (eeek) and this has helped to minimise their appearance and encourage growth. I’ve always needed a serum or spray on my hair after blow drying as it can be quite limp, frizzy and dry. I tend to use Moroccan Oil when my hair is feeling more manageable and just in need of some added shine. I use Kiehl’s when my hair isn’t looking in great condition and really needs something to give it more radiance and boost. Again, this oil is described as ‘light-weight’, however as someone prone to greasy hair I only use it on wet hair with a few sprays, rather than the suggested 4-6.

Have you ever tried Kiehl’s? What are your favourite intensive hair products?