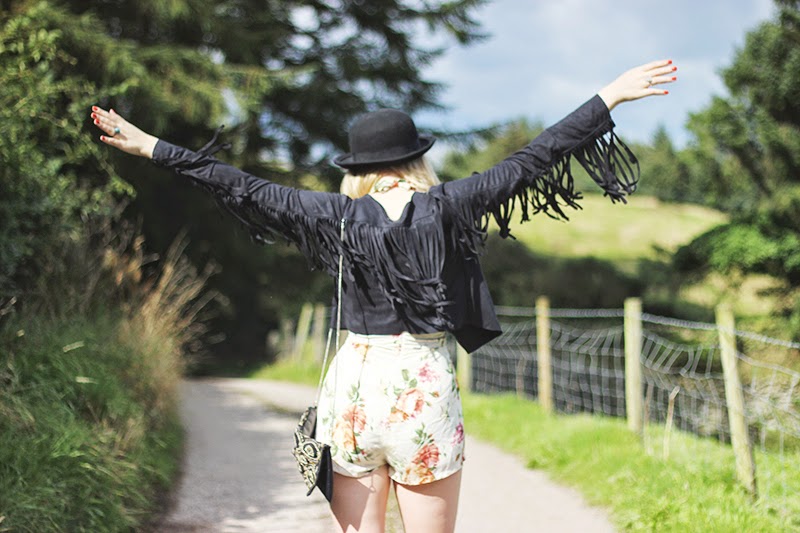 If there’s something a lot of bloggers seem to struggle with, it’s with being a perfectionist.  Anyone who strives to create good content is a creative and being a creative means that you take pride in everything you do and are constantly pushing yourself to be better. This isn’t only in blogging but in every aspect of life. It goes a lot further than wiping your memory card because the batch wasn’t “perfect” enough, it affects every move we make, and seeps into every aspect of our lives. I’d go as far to say that my perfectionism inhibits my every day life, and it’s pretty damn sad.
I’ve just started my final year at University and I’m more positive than ever. My blog has taken a back seat whilst I’ve been getting settled in and it’s helped to clear my head and refocus my direction. I’ve reflected on where I’ve gone wrong in this section of my life and I’m determined to put it behind me to be happier this year.  Being a perfectionist does have its perks. But sometimes we’re so focused on being in control of everything that we eventually buckle under the pressure so that life goes the other way. I’m making a vouch to be kinder to myself – to stop putting myself under so much unnecessary pressure and to focus on being happy. So, if you’re not being kind to yourself, it’s time to start. I’m starting to take those baby steps and thought I’d share them with you…

RUN YOUR OWN RACE

Comparing yourself to others is the biggest inhibitor to your own progress. One of my friends told me the quote, ‘Bitterness imprisons life’ and it’s one that has rung true throughout my life. Being bitter about other peoples’ success is so detrimental to your own happiness. I think it’s important to be able to say ‘I’m happy for you‘ and mean it. Run your own race. Be proud of what you’re doing and achieving and focus on you.


Being spontaneous is fun. Think about the times you’ve said ‘yes’ to something that was outside of your comfort zone, where has it led to? The bigger the risk that you take, the more you open yourself up for something amazing to happen. For me, moving in with a group of strangers has been the best thing I’ve done for myself since starting University. It’s easy to get stuck in a social rut where we only associate with the same few people and never try anything new. I used to only be comfortable hanging out with someone with mutual friends and it took me a while to realise how dumb that is. The times I’ve said ‘yes’ and risked a potentially awkward situation, I’ve normally come out with a new friend. In first year, I would never have been confidence to pop up to someone I don’t really know that well on Facebook and say, ‘Hey, wanna go for coffee?’ Yet these days, I’m making tons of new friends by just being a little bit more assertive. Be open to new things, don’t shut yourself up and be willing to say yes.

REMEMBER – YOU ARE IN CONTROL OF YOUR OWN MIND


If there’s something people don’t talk about enough it’s mental health. Some days I let things get ahead of me and think ‘well, these are the cards I’ve been dealt with’. Feeling like you don’t have control over your own mental health leaves you hopeless and scared. I’m a firm believer that you create your own universe. We have bad days, it’s natural. But you are in control of your own reality and your own happiness and that’s something I will not let any diagnosis take away from me. Some days I just wake up on the wrong side of the bed and it feels hopeless trying to pull myself out of that place. But simple things, like an extra 20 minutes to get up and get going, a mug of herbal tea, eating breakfast outside, make a huge difference to your overall day. Take the little measures to be happy and the time you need.


Who isn’t guilty of procrastinating?! If you’ve ever felt down, stressed or like nothing’s going your way then nothing feels more unachievable than a to-do list of things you don’t want to do. The amount of times I’ve procrastinated something small and ended up with a massive, self-inflicted mess is just too many. Make your to-do list reasonable and have a set plan in your mind. It’s about making things easier for yourself, not harder.

HOW MUCH OF THIS WILL REALLY MATTER IN 5 YEARS?


Whatever you’re going through, it gets better. And it might feel like the worst thing right now, but ask yourself, how much of it will really matter in 5 years? I kind of feel like Yoga Jones from Orange Is The New Black rambling on about life, “Everything is temporary“, but it really is true. I try not to get too pent up about the things I haven’t done and start focusing more on the things I’m doing.

So those are my first steps to being kinder myself! Are you a perfectionist? How do you stay positive?